People often confuse roundabouts and traffic calming circles. Here in Marysville we have examples of both.

A roundabout is a circular intersection where drivers travel counterclockwise around a center island without traffic signals or stop signs. Drivers yield at entry to traffic in the roundabout, then enter the intersection and exit at their desired street. 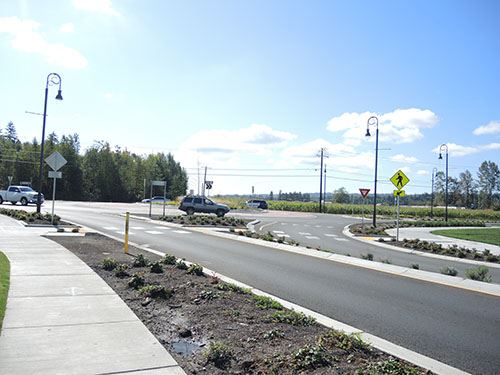 Traffic calming circles are much smaller than roundabouts and often replace stop signs at four-way intersections. They are typically used in residential neighborhoods to slow traffic speeds and reduce accidents. 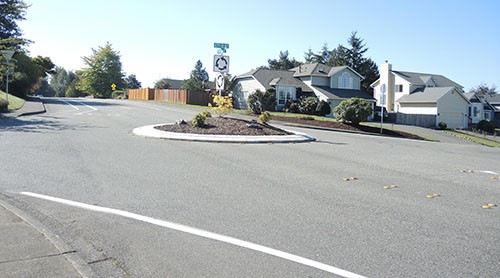